Manifestation--does that word scare you off a bit? What next--karma? Subconscious time travel?

I hope you’ll bear with me here, because what I’m about to address can turn some people off. But if you stick with me until the end, I think you’ll realize that even if you don’t fully believe in manifestation, everyone can benefit from the power of their own brain.

It shouldn’t be a secret by now that I love productivity. I love setting goals, achieving them, and making my time and my life as efficient as possible. But I’m only one person, with only two hands, and yet I get the feeling that I am more productive than most people.

If you’ve read my book, The Mindset of Organization, you might have some hints as to why. It all has to do with how I think.

Goal setting, vision boarding, manifesting--those terms all mean the same thing to me. So when I use the word “manifesting,” I don’t mean that I simply will that my laundry gets done and it magically happens.

What I mean is that the more I think about something, the longer I give my brain to consider it, and by considering it, I come up with ways to make it happen. Or, even better, I position myself in a mindset where I can better see opportunities and seize them at the right time.

In the case of organization, of course your brain isn’t going to organize your sock drawer for you. However, if you take the time to visualize what you want to happen, how you’re going to make it happen, and when you’re going to do that, you’ve taken care of the mental part of organizing that sock drawer--and that’s a HUGE part of the battle!

Your mindset has to change first. Even those who don’t lift a finger the first time through the 100 Day Home Organization Program make progress because they are changing their mindset. They are recognizing the steps and absorbing what those steps look like for others. The second time through, they are more prepared and more motivated than they were the first time. So even if you don’t do any decluttering or organizing, you’re still making progress because you are changing your mindset.

Let’s teeter on the side of logic (for now), and just talk about brain chemistry. Your thoughts dictate your actions--they do! So what practical steps can you take to change your thoughts into manifestation?

Step 1: Write it Down

Everything in this world was first an idea in someone’s head--even fire! Things that we once thought were completely impossible (electricity, flight, space travel, cures for diseases) came into being because they were first imagined by someone. Imagine where we would be if those people decided that they weren’t worthy enough, smart enough, or capable enough to make those things happen?

So don’t let your ideas disappear once they come into your head. Write them down! That is the first imperative step to manifestation, because it creates a tangible experience from an intangible one. Once you write it down, it’s real, at least in some form.

If you have a big, scary goal, that can be overwhelming! Believe me, I get it. This time last year, Organize 365 was a podcast and an Etsy shop. I wrote down (and put in my Sunday Basket) that what I felt that women needed the most was a complete home and a complete paper organization program. 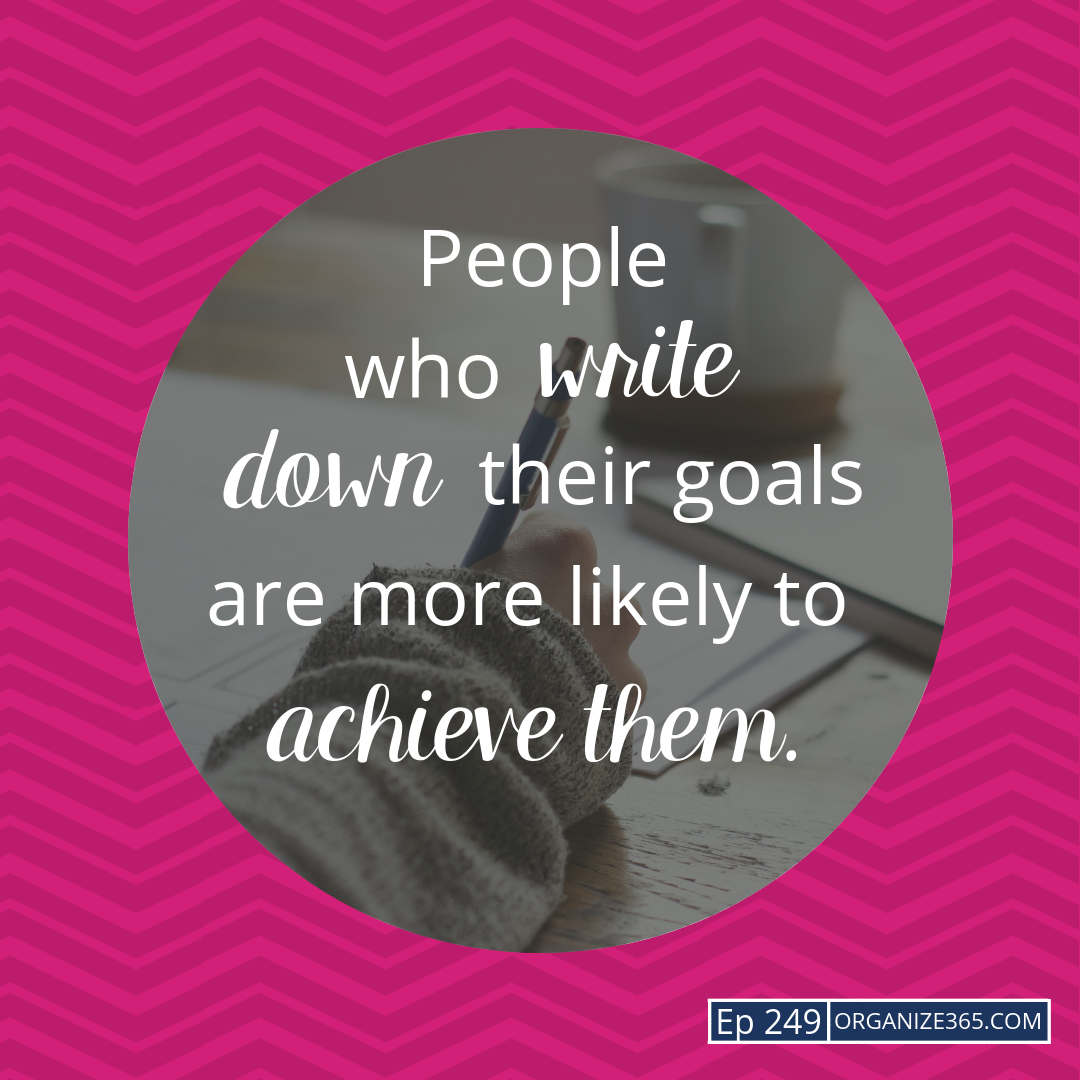 But I didn’t stop with an index card.

I mean really, visualize it! See it happening in complete detail.

You don’t have to iron out every single detail before you start working on something--I most definitely do not do that. But by allowing your brain to chew on those details, you are cementing the idea and making it real to you.

Step 3: Speak About It

Once I told my mom that I had an idea to make a Sunday Basket, she drove down to Cincinnati and we made a prototype. That was a huge step, and it all came from just talking about it!

When I planned to create a Household Reference Binder, once I talked about it with the content creation team to iron out the details, we discovered that there was potential for a different binder--and boom, another product was born.

Once you can really see into the future and visualize the details of your idea, it grows. Once you put the idea into the universe verbally, it’s more than an item that lives in your brain--now it’s a concept that other people know about.

And once that happens, well, the rest is just a matter of action.

So this week, you have my permission to do nothing. Don’t declutter, don’t organize, don’t spend a dime. Just spend the week writing about how you want your space to look, visualizing every detail about how it will feel to be in that space, and speaking out loud what you want to make happen. You’ll be amazed at how much that looks like progress!

If you tried any of my suggestions, I’d love to see them! Follow me on Instagram and join the Facebook group for more great organizing tips, then share your photos with me by tagging me @organize365 or using #organize365! 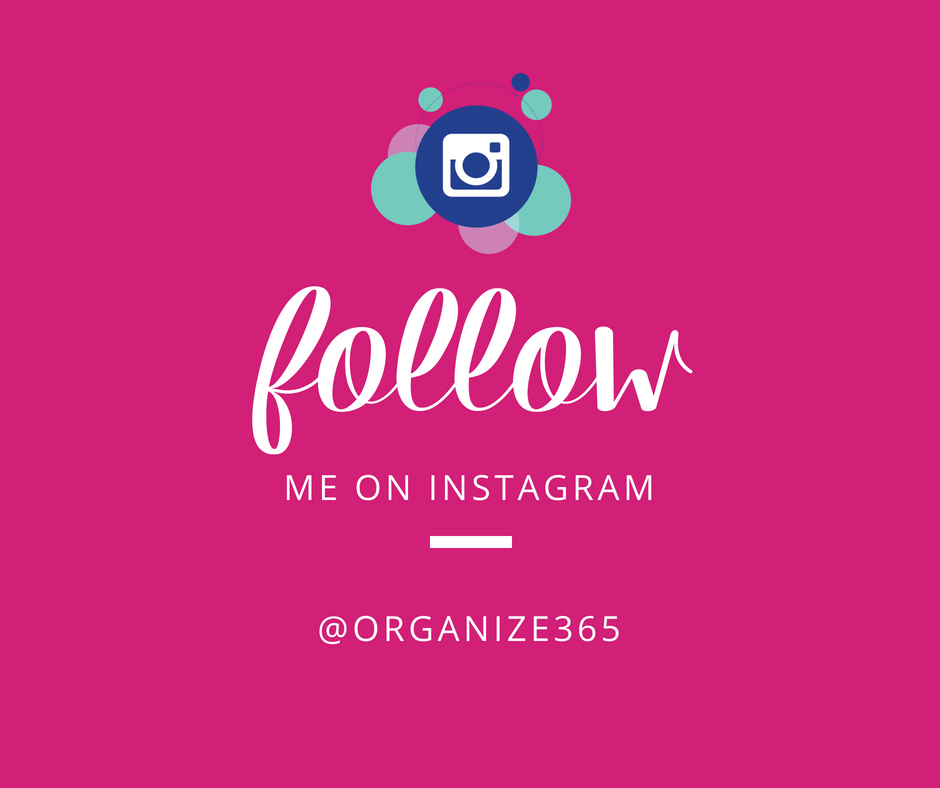 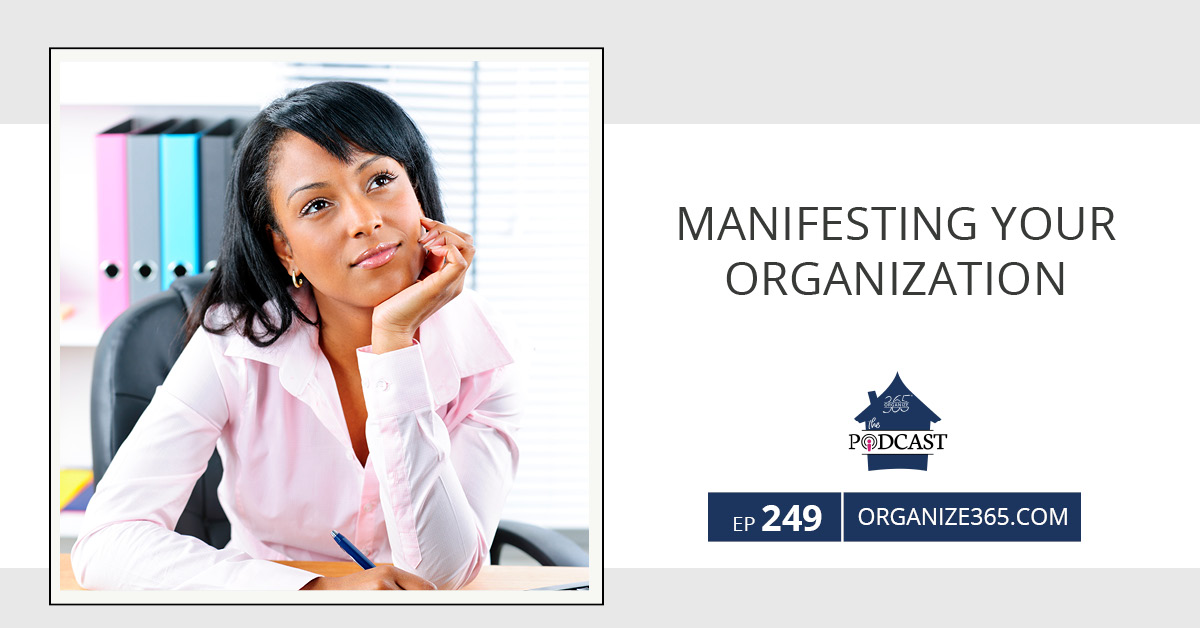